After decades of experiments, U.S. Navy scientists believe they may have solved one of the world’s great challenges: how to turn seawater into fuel. 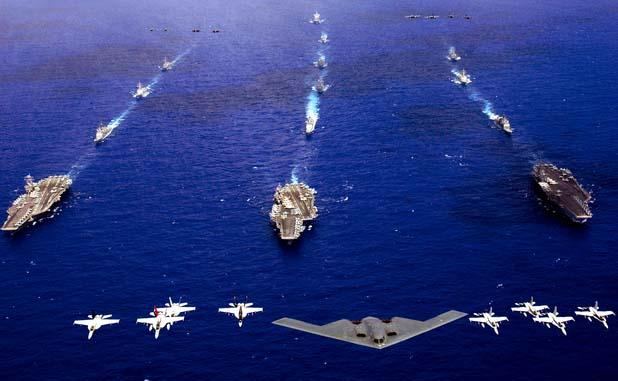 The development of a liquid hydrocarbon fuel could one day relieve the military’s dependence on oil-based fuels and is being heralded as a “game changer” because it could allow military ships to develop their own fuel and stay operational 100 percent of the time, rather than having to refuel at sea.

The new fuel is initially expected to cost around $3 to $6 per gallon, according to the U.S. Naval Research Laboratory, which has already flown a model aircraft on it.

The Navy’s 289 vessels all rely on oil-based fuel, with the exception of some aircraft carriers and 72 submarines that rely on nuclear propulsion. Moving away from that reliance would free the military from fuel shortages and fluctuations in price.

“It’s a huge milestone for us,” said Vice Adm. Philip Cullom. “We are in very challenging times where we really do have to think in pretty innovative ways to look at how we create energy, how we value energy and how we consume it. We need to challenge the results of the assumptions that are the result of the last six decades of constant access to cheap, unlimited amounts of fuel.”

The breakthrough came after scientists developed a way to extract carbon dioxide and hydrogen gas from seawater. The gasses are then turned into a fuel by a gas-to-liquids process with the help of catalytic converters.

“For us in the military, in the Navy, we have some pretty unusual and different kinds of challenges,” said Cullom. “We don’t necessarily go to a gas station to get our fuel. Our gas station comes to us in terms of an oiler, a replenishment ship. Developing a game-changing technology like this, seawater to fuel, really is something that reinvents a lot of the way we can do business when you think about logistics, readiness.”

The next challenge for the Navy is to produce the fuel in industrial quantities. It will also partner with universities to maximize the amount of CO2 and carbon they can recapture.

”For the first time we’ve been able to develop a technology to get CO2 and hydrogen from seawater simultaneously. That’s a big breakthrough,” said Dr. Heather Willauer, a research chemist who has spent nearly a decade on the project, adding that the fuel “doesn’t look or smell very different.”

“We’ve demonstrated the feasibility, we want to improve the process efficiency,” explained Willauer.