A solar power plant which is planned for South Australia would float on a wastewater treatment basin. 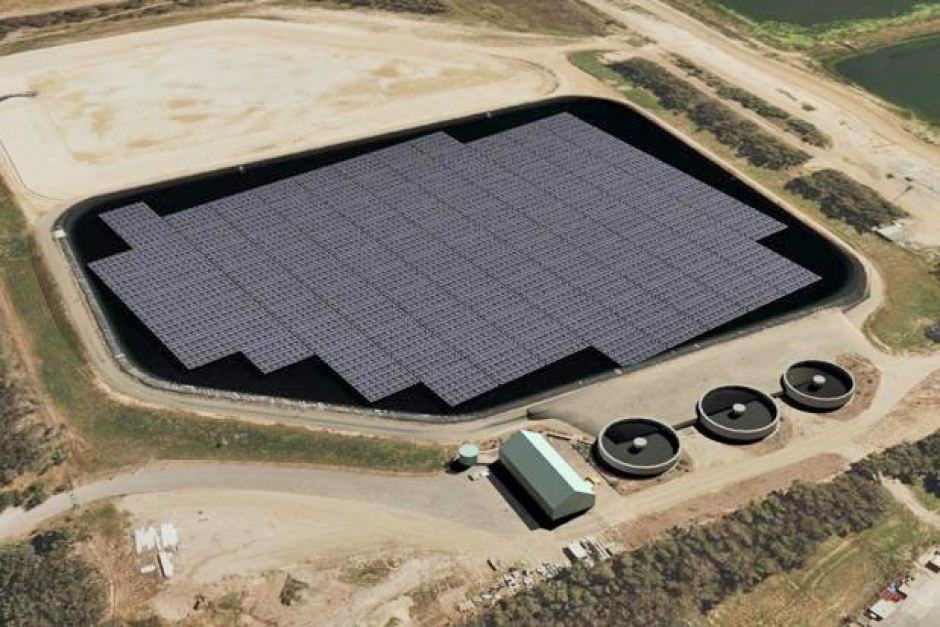 Geits ANZ is proposing the venture and director Felicia Whiting thinks it would prove at least 50 per cent more efficient than a land-based solar power system.

“It’s very much like a traditional solar array with the exception that it’s designed to float on the water,” she said.

“The mass of water has a cooling effect on the panels and we also include a cooling system utilising the water body itself to be able to keep the water panels at a constant temperature.

“When that happens, you get a longer life of the photovoltaic panels and you get a greater efficiency.”

In actual design, Ms Whiting says the floating solar plant would not differ greatly from a traditional one.

“The system is designed from a HDP (high-density polyethylene) pipe, which is the buoyancy, and it has a structural steel pontoon sitting abreast that and then the PV (photovoltaic) panels slot into the structural system,” she said.

She says having the wastewater largely covered by a floating plant brings other benefits.

“We’re at about 90 per cent water evaporation prevention for the surface area that we cover,” she said.

“In a dry climate like South Australia that’s about 2.5 metres of water evaporation depth annually that you’re saving.

“It’s a world-first for putting a system of this nature on a treated wastewater plant basin.”

Other evaporation savers in the planning

Geits has floating plants operating in France, Italy and Korea.

“We’re also looking at adapting systems for reservoirs or dams and other irrigation as well.”

It is hoped the solar plant across three basins will power the entire waste treatment plant, support timber milling and even produce some excess supply to benefit the nearby Jamestown community in the mid-north of SA. 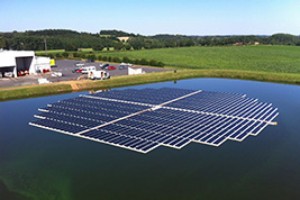 Ms Whiting says planning has been a collaborative effort.

“We went to the Local Government Association and close to a year ago we were looking for a partnering council to be able to develop the technology,” she said.

“There is a water quality and water security problem in Northern Areas Council and Jamestown.

“We’ve been working with the council to integrate a system with the water treatment plant operations.”

Geits has applied to the Essential Services Commission for an electricity generation licence.

Ms Whiting hopes construction on the ponds of the Northern Areas Council waste treatment plant can start in the second half of this year.

“Because it’s a prefabricated system we’re looking at a commissioning date of around September, October,” she said.